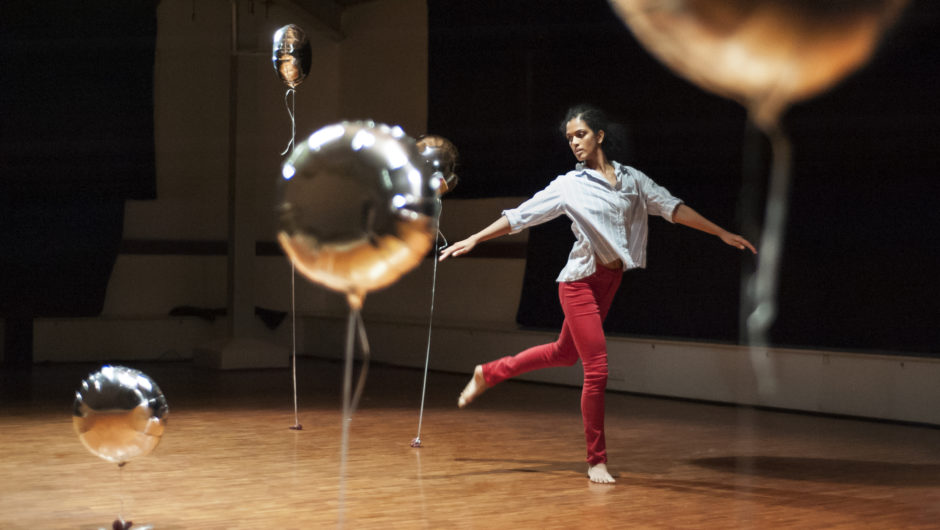 The only way to do it is to do it.
– Merce Cunningham

In the transition period between college and the real world, my life as an aspiring dancer changed dramatically. Gone were the daily technique classes and enormous studios that I took almost for granted. For a little while, my dance training became something “I should really be doing” rather a daily given. When I graduated from college, I spent about six months working around dance instead of in it; I worked behind the lights, in technical theatre, rather than in them (where I really wanted to be). So, while I was immersed in some aspect of performance, lights, or sound almost every night for half a year, I didn’t engage my body in the same way that I did as a dance major in college. Part of why I could not take technique classes everyday was the sheer expense of living as a recent graduate in New York City. The other part was a kind of avoidance—taking up jobs that allowed me to be near dance but not in it. I had the impression that I should make contacts and understand the scene from the outside before I become a part of it.

So about six months into my post-college adventure, the inevitable happened: I got tired of not dancing and never getting to perform. My performance withdrawal was especially pronounced because in my senior year of college, I had been in seven different pieces (a mix of faculty, guest artist, and student choreographies), which were each performed several times through the year. Coming out of an intensive performing and training regime and going into a long stretch of relative stillness, my dancing suffered. Rather than avoid it any longer, I decided to just take the plunge and pursue this thing called dance.

It has been about 16 months since I decided to just go for it—including countless classes, auditions, repertory workshops, performances, dance festivals, an injury, and moving back to India—and I have learned so much along the way.

It was drilled into me very young that I had to take class every day. Growing up, I was determined to take a daily ballet class; I considered any other form of training less than effective in comparison. In college, however, my outlook on training shifted when I saw a performance by Gallim Dance Theatre. During a talkback after the performance the artistic director, Andrea Miller, spoke about the company’s daily class etiquette. Gallim dancers have a physicality that is explosively bold, yet outrageously subtle. So, all of us in the audience were eager to learn what it took to move that way. Miller told us that her dancers did something different everyday, depending on how everyone was feeling. Some days it was Gaga, other days it was ballet, contact improvisation, or even a walk in the park. This notion of intermingling styles resonated with me as it was during a time of upheaval of my dance identity. I was so used to falling back on ballet that I could rarely see past the barre when it came to training. Miller’s words inspired me to add variety to my dance diet.

The Gallim training philosophy stayed with me through college and after I graduated. Living in New York after college—the dance capital of the USA—I had no dearth of options. I took all kinds of classes, trying to take one at least once a day, if not more, in addition to rehearsals. Starting with my relative comfort zone in Cunningham and ballet, I explored the other end of the spectrum with classes in Gaga and improvisation. I also delved into what I like to think of as happy medium classes—in which a clear structure is just as easily present as it is broken—in Countertechnique, floor work, and other contemporary approaches that are not formally codified. Of course, yoga, floor barre, and Pilates were always in the rotation. Back in Bangalore, my options are more limited, but my approach remains unchanged; I still take class at least once a day. With every class I take, I feel my dancing become more expansive and the layers of information in my body accumulate and intertwine.

Coming from a place where I felt incomplete without ballet, I discovered the importance of using my body in many ways, so as not to get stuck in a rigid routine. Whether or not I choose to use pointed toes or recognisable balletic movements in contemporary choreography and performance, it is always helpful to train in a classical form because of its inherent rigor. Similarly, while working towards a classical performance, I find it necessary to train in contemporary techniques, so that my muscles loosen and relax (but not collapse!). With contemporary training, I can infuse breath and freedom in my work, which can occasionally be overlooked in a strong classical approach. Using multiple approaches strengthens movement pathways and makes me feel stronger and more versatile. 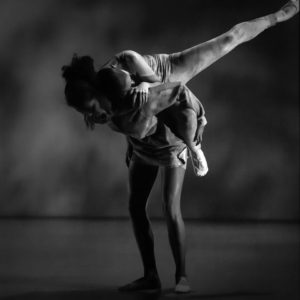 It certainly took a good deal of experimentation to find my groove in the system when I was in NYC, and I am still negotiating the scene in Bangalore. I would be remiss if I didn’t mention that many of my daily dance class decisions in NYC were made by the funds in my bank account (or often, a lack thereof); so work-study, free yoga, pay what you can, and discounted classes were all on the table at one time or another. In Bangalore, the cost consideration is significantly less prominent, but time and traffic definitely weasel their way into my scheduling choices. Going to class regularly in big cities like NYC and Bangalore is important if only to see and be seen. It also lets my training be a constant dialogue between my teachers and myself. While it is also good practice to work independently, there is nothing quite like an outside eye.

The Line, the Life

You have to love dancing to stick to it. It gives you nothing back, no manuscripts to store away, no paintings to show on wall and maybe hang in museums, no poems to be printed and sold, nothing but that fleeting moment when you feel alive.
– Merce Cunningham

As a freelancer, I know that training and work is my own responsibility. While there was once a dance company and a programme to rely on, such structure no longer directs my dancing. I work hard to invest the hours that my body and mind need, but I also have the (relative) freedom to choose when to take a day off. However, it is also important to push past the days when I don’t feel 100% and just get to class. Pushing the line is something that I’ve learned to do over the years; it builds character and strength. Writing about this ephemeral “line” feels particularly poignant, as I’m only just beginning to dance again after a four-month long injury. The injury has changed the game considerably for me; I am now learning and re-learning movement patterns on the safe side of the line so that I can eventually get back to toying with danger and vulnerability in performance.

When I was trying to make it as a dancer in NYC, I often wondered if all the sweat, sore muscles, floor burns, and blisters were at all worth the effort. But then, a few months into the venture, I got on stage. I felt the familiar flutters and the rush of adrenaline. But the nervous energy fell away when I starting dancing and felt the unyielding support of the information and dance classes in my body. And I realised it was worth it. It really was.

What is a Somatic Practice?