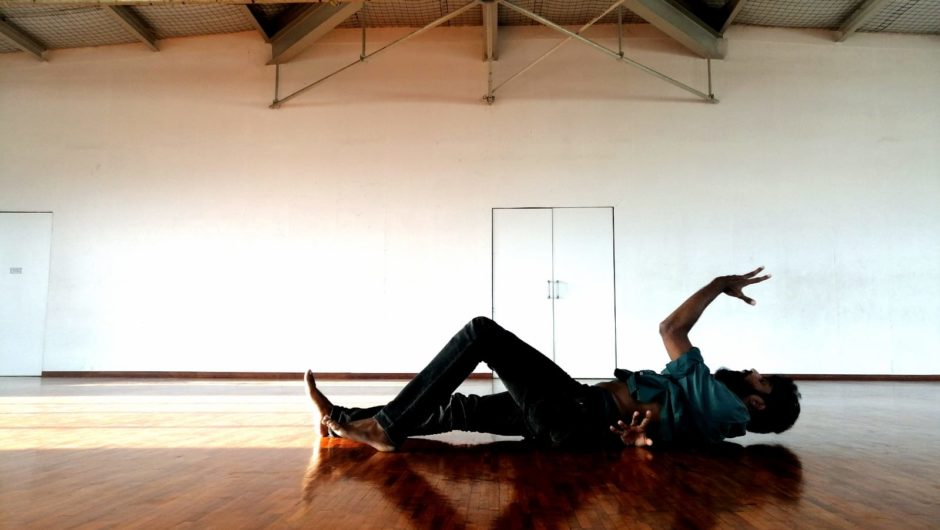 Choreographer Annelie Andre has been working with six Indian dancers for a few weeks now. This particular dance piece titled “SHAK | WE” is inspired by power dynamics and hierarchies, a theme she has been interested in since she was a child.

Annelie has always analysed human relationships and group dynamics to find out what empowers people or makes them weak. Her fascination with this topic comes from her observation – “you find power mechanisms everywhere, no matter the culture or society!”

The universality of the subject was what allowed her to enter it with a diverse group of dancers in a foreign country. She did not want to be narrow in her approach but use the question as a starting point and allow the process to lead them deeper into the work. She is also personally committed to using curiosity as an intention and respect as an ethical base.

She was understandably quite confronted with the reality of being a young European woman, travelling to Bangalore to make work on power mechanisms – a highly complex, sensitive and delicate topic, especially given the context of the country’s colonial history and complex social structure. She found herself overwhelmed. She even had the urge to hide her privilege and wished to focus instead on “what connects us as human.”

Annelie is the Goethe-Institut Bangalore’s first artist-in-residence at Shoonya, part of their bangaloREsidency initiative. She connected with the space from the moment she read about it and feels, “it is a special place in this crazy city”! She has collaborated with the dancers of The Citizens of Stage Co Lab, a collective of independent movement artists, housed right here in Shoonya. Her time with these local artists revealed to her that despite cultural differences, “it was beautiful to find out that the things we are dealing with in our daily lives as dancers and human beings are very similar here and in Europe.”
– how do you stay true to yourself?
– how do you survive as an artist?
– how do you support each other?
Interesting connecting points indeed between artists from the global north and the developing world, revealing perhaps the place or dismal status of the arts within capitalist societies.

Despite this Annelie is clear that she doesn’t really see herself as an activist – protesting the problems of hierarchical power structures but instead as an artist attempting to, “use our individual experiences with it as a source for acknowledging these mechanisms and possibly transforming them by widening our vision.”

She chooses dance as her primary medium because of it’s, “wonderful and unique potential to connect all human beings in a basic and profound way – we all have feelings and want to express them!”. She believes that the body is a place where individual experience, culture, gender and many other dimensions merge and that working with the body in an increasingly technological, capitalistic and artificial world is a form of activism in itself

She also feels that text, philosophy and theatre, for example, are equally potent mediums and therefore often invests in interdisciplinary processes too.

Annelie observed that working on the very same theme with a German cast in her own country had different results than the piece that has manifested here. The German version delved into the darker aspects of power structures and their negative aspects. Also, she felt the need to use specific stage designs and objects as part of the show.
In the India version the creativity of the individual collaborators became more important. She also found herself reacting to the “super-dense city, full of impressions and influences” by creating the most minimal space possible and focusing on the purity of movement as a concept. The stage design of before has here been replaced by just bodies, a rope and lights. 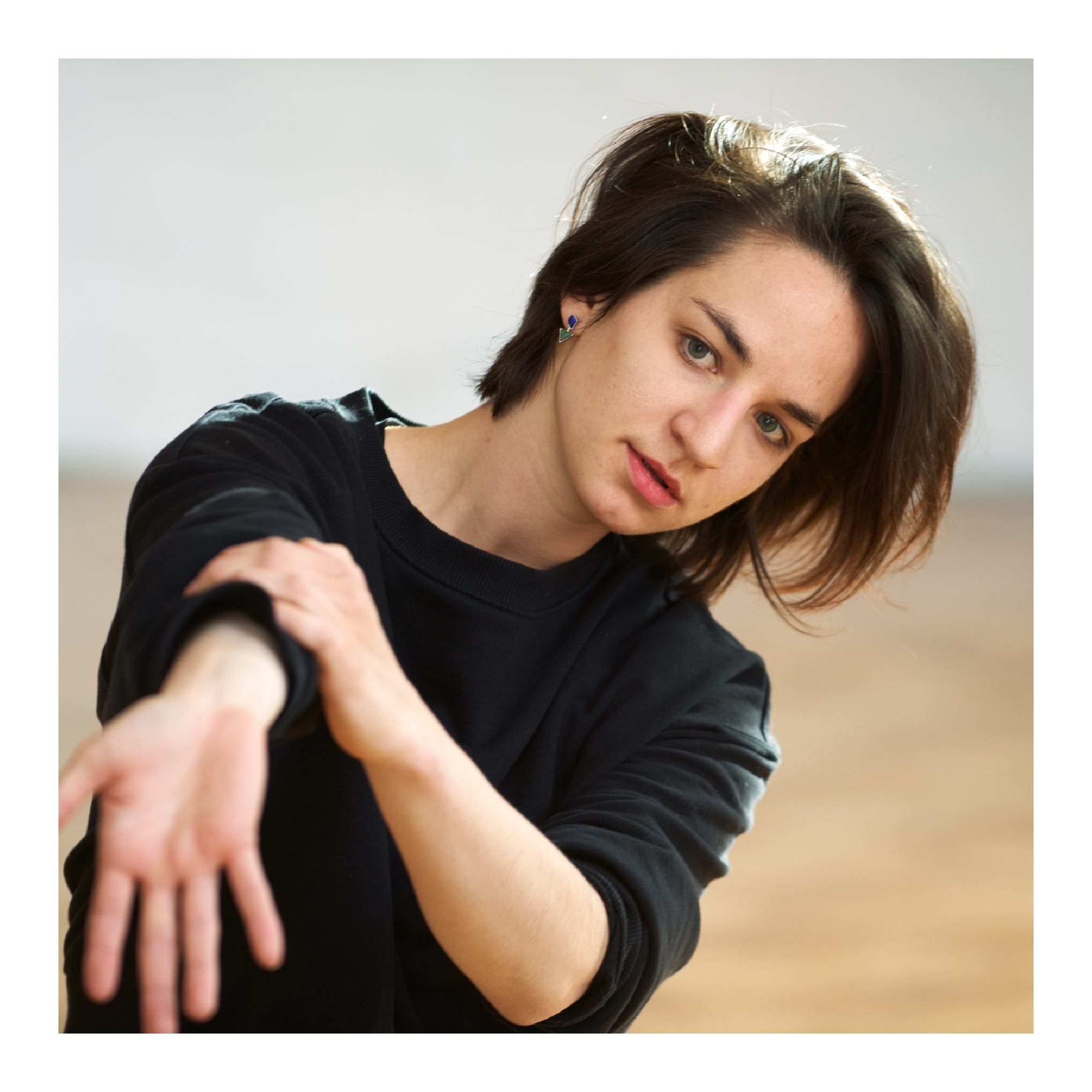 Annelie and her Indian cast comprising Ronita, Anindita, Prashant, Akhil, Srinivas and Jean will present their work in Bangalore on Sunday, the 25th of August at 7.30 pm at Shoonya and on Saturday, the 31st at 6.30 pm at Goethe Institut. Along with SHAK | WE Annelie will also perform her solo META(IN). The show is not ticketed and is open for all.

This choreographer’s India journey began at a very young age when her parents supported two Indian children back in Germany. This got her in touch with the culture and idea of India. Even so, experiencing it first hand all these years later and trying to make work with strangers was a different adventure altogether. Her biggest challenge was meeting her own “weakness and vulnerability” and embracing the “not knowing” and “the feeling of not being able to be creative.”
This of course is quite normal in a new culture and environment and is perhaps the reason artists deliberately seek out such residencies so that the work is in fact directed and enriched by these encounters with the unknown and the invitation to take risks.

“Bringing some lightness,” is also essential to this artist’s process and though her working situation was not ideal – with different constellations of dancers available at different times, she did manage to keep the research open and non-imposing. They often joked about how the rain would come pouring down just as rehearsal began which sometimes meant the electricity would be compromised. This very same rain however made a somewhat magical appearance during open rehearsals and almost on cue leant itself to a specific duet giving Annelie and the studio audience goosebumps!

She recalls this smilingly and with the same depth and insight you will witness in the piece, and muses, “Each space, body, context and environment brings different images and beautiful things to life and through them we often face the unexpected… in life as well as in art – which effect each other symbiotically. We can just challenge ourselves to keep calm, stay humble and work with what is there. This I find very beautiful.”

She is deeply grateful for this opportunity and for the trust and support of so many people, each of whom played a vital part in helping her find her centre in this unknown environment allowing her “thoughts to fly” whilst keeping her grounded.
She daydreams of a situation where, if she had more funds and time, she would be able to bring her German and Indian teams together and tour the work so it reaches more humans.

Do come support these incredible artists and their collaborative spirit by coming out to Shoonya this Sunday, August 25th at 7.30pm or to the Goethe-Institut / Max Mueller Bhavan next Saturday, August 31st at 6.30pm. Witness how the bodies and beings of these dancers are impacted and transformed by the power mechanisms in which we are all immersed.