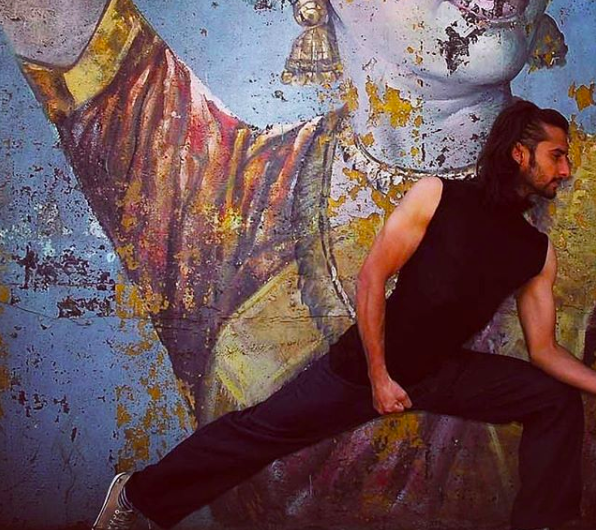 Choreographer Parth Bhardwaj’s contemporary dance piece, “Urban Chaos” has passed through many urban strongholds on its journey to us. In 2016 it won the Jury Award at the Prakriti Excellence in Contemporary Dance Awards and the following year toured six Indian cities as part of The Park’s New Festival. It then travelled to Canada and was performed outdoors in Montreal at The Festival Quartiers Danses unlike in the former proscenium venues it had visited.
It will show this weekend at The Shoonya Ticket on the 26th, 27th and 28th of July in the studio- performance environment of our venue and will go onto perform at the Dance Bridges festival in Kolkata in a few days.
Parth is essentially versatile as his piece suggests and an organiser – that is to say a creative organiser. His personal history with sports, marries his enthusiasm for the pure “happiness” dance gives him and his deep anguish around the future of the country – the urban squalor that he has been surrounded by for much of his life in cities like Delhi, Gurgaon and Bangalore. All this with the boy-straight-out-of-boarding-school charm and his magnanimous sports-captain zest and humour – his primary tool to handle it all and voila you have the disarming human being behind the art- maker!

Disappearing often into cyberspace and finding answers, or usually more questions within the world wide web and other technological options as the piece will also reveal, his work reflects this attempt to organise the immersive chaos into embodied and gestural group dynamics.
The group then, or the collective is central to this artist’s view of how the world should be organised. “Cities, to me, ideally would essentially be communities. Small and large communities connected with systems and values that help nurture individual freedoms, choices and lifestyles”. For him, “inclusive growth” is paramount.
Reflecting, the lack of this, the piece has a darkness to it and yet a virtuosic energy. I would almost say, a masculine energy on account of the five male dancers onstage. But Parth assures me that this is pure coincidence and a logistical decision based on dancers’ availability.
The maleness then is simply a flavour. 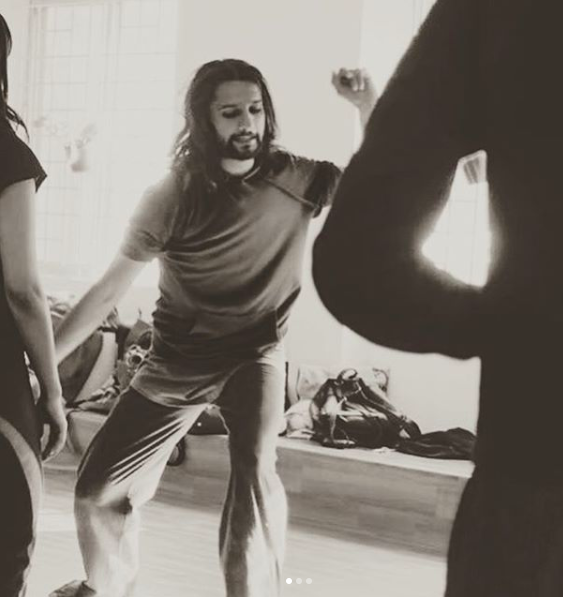 What, “Urban Chaos” consciously sets out to be is, “a reflection on the fears, joys and frustrations that somehow are linked to the experience or transformation of the spaces we live in”. It doesn’t really intend to be a, “critique” of chaos in the urban space but rather this chaos is the clay that can, as he says , “mould our experiences for good or bad”.

Having watched Parth’s journey closely for a decade now, I was curious about earlier stages of his evolution where activism and even direct political action appealed to him. Clearly, the infrastructural, the urban- rural connection and human ramifications on ecology and environment are very important to him (his piece, “Neck of the woods”, dealing with the plastic menace also shows soon in New Delhi). Why then, this choice to remain an artist ?
His simple answer to this was clearly experientially discovered – “If I’m happy while doing it, I’ll be able to convince people more about it”.
Dancing gives him most joy. He feels, “alive while training and while creating work and just being involved with other dancers in space”.

For those of you coming to witness the four wonderful acts this weekend, I would be doing a disservice if I glossed over the situations in which most of this work manifests or rather miraculously manages to be born, see the stage and meet the viewer.
In the choreographer’s own words, “at times you feel frustrated with dancing, with being an artist within our system”, which is essentially a lack of system.
Like most independent artists, Parth struggles with, “lack of support, organized structure, space, venues, funds, infrastructure, inventing ways to reimburse his collaborators and dancers…”, among many other factors.
Before you get gloomy reading this though, please know, that it is somehow out of this lack or void that Parth and his contemporaries manage to weave and create. To manifest their own vision and, to apply “full Jugaad” (roughly translates in Hindi as resourcefulness) in order to survive and sometimes even thrive.
These artists will make work regardless of the support they may or may not receive. This path has been chosen, and find a way, they will.

Though Parth admits to being plagued with thoughts on, “what is the right way forward?” and to palpably feel the pressure of “having to find where you are going in an organized way… to be successful”, he is aware of the indescribable joy of insisting on a temporally and spatially heightened life – just by virtue of dancing and being surrounded by dancing bodies.
He is poignantly connected to the human stories emanating from the chaos of the city. These stories of various demographic groups – corporate employees, domestic labour, prisoners and unemployed individuals to name a few inform the abstract physical world of the piece you will experience this weekend.

So come, join us in celebrating the almost warrior like spirit of the art-maker and allow your selves some dance, theatrical poetry and contemporary folk music.
Come, be the community that inspires these artists and that they hope to mirror in their lives, their practices and their hearts, for it is you oh! Urban folk that are their primary muse…