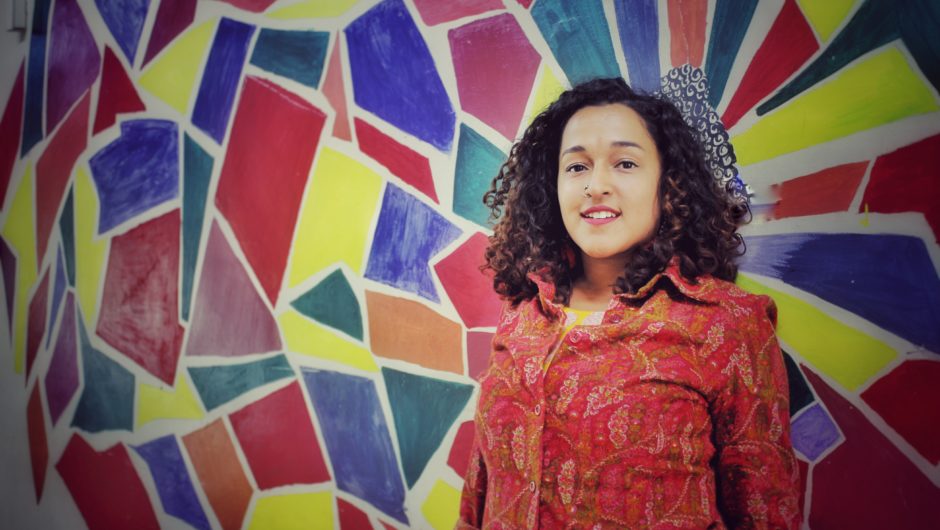 For the incredibly articulate and fierce Nupur Saraswat, the city is an entity in itself. Having traversed and inhabited places as diverse as small town Rajasthan and that uber modern city of cities – Singapore, could she be our quintessential globe-trotting millennial?

The answer to that question is a resounding no. This woman is full of surprises and nothing about her is easy to place in a neat little box of cliches. She looks warily at these cities she arrives in, wondering, sometimes adamantly and sometimes with fragility – “does it accept me?”
She admits to actually feeling “hurt” when the inhabitants ask her how long she will be staying or when she plans on returning to where she came from. Her search after all is one that many of us identify with – the search for home.

Nupur, popularly known as ‘Sanskari girl’, desires a place with “no boundaries”, she seeks stability and demands acceptance.
Asked where she draws her depth and nuanced messaging from, she quips, “You know that song – I got it from my mama? Well, for me as for so many artists – “I got it from my trauma, I got it from my trauma.. Ok whatever”. By now she is singing.
Dismissing herself playfully, but never being anything less than intensely profound and sharply observant, this theatrical poetry performer is cheeky, brazen and yet confusingly soft!
What is that softness but the vulnerability with which she confronts her audiences, willing always to be confronted as she challenges, teases and opens worlds through her craft. 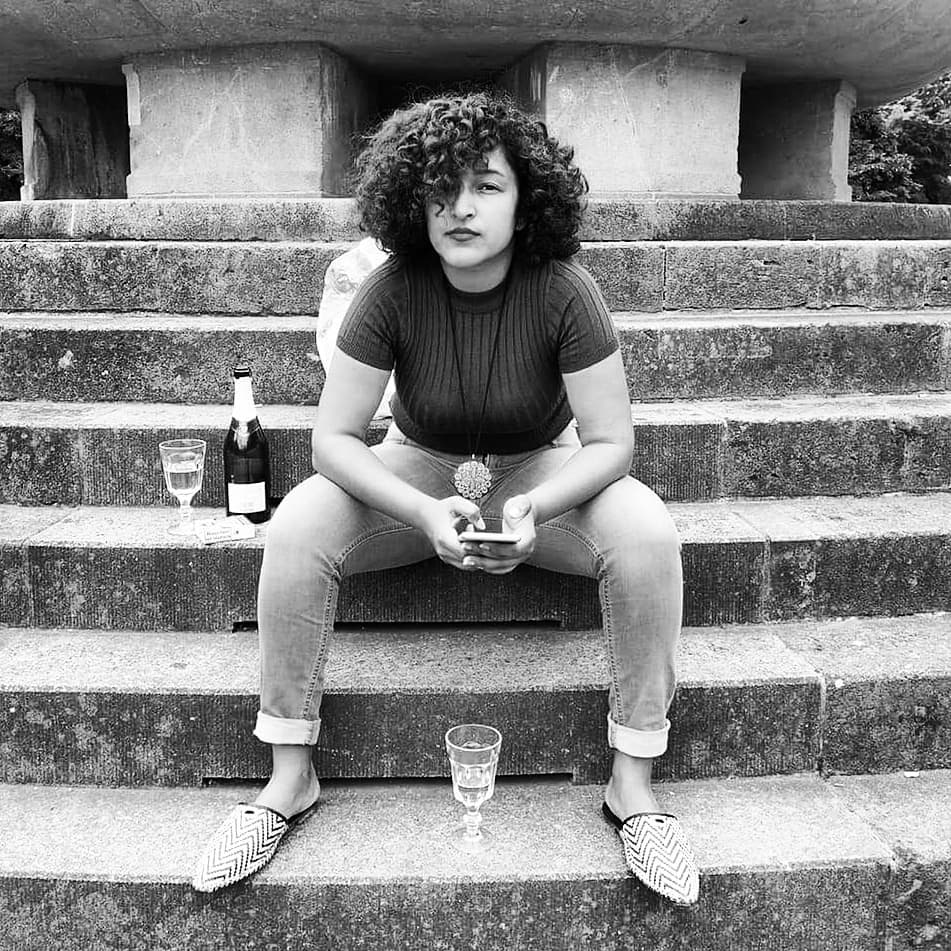 Nupur will perform at the Shoonya ticket’s second edition on the 26th, 27th and 28th of this month. Her three acts will take us through aspects of urban living that she has encountered personally.
Her experiences around being an immigrant were shaped by the city she once emphatically referred to as home – “I don’t know a home other than Singapore”.
Nupur found herself stranded in Copenhagen airport having lost her Singapore resident permit – the only proof that she had a life there was “essentially a piece of plastic”. The staff of the carrier to Singapore, “did not believe me…”
Photographs of friends, colleagues or even that hallowed piece of paper, her university degree could not undo the lack of credibility that the missing plastic permit had created. She was not allowed to return at the time.
This incident and a day spent in prison with a migrant domestic worker from Assam were transforming experiences. That day in the “lime green cell” with a woman charged for breach of contract for fleeing the home of an employer who had abused and molested her, with absolutely zero consequences for him, simply because “he was Singaporean and she was an immigrant”, immersed Nupur deep in the discourse of rights and lack of protection for migrants in so called global hubs like Singapore where, she scathingly points out, immigrants from India, China and Bangladesh have basically built the country!”.
This existence of boundaries and restrictions within cities – where leaving is hard and entering even harder is connected to the “surveillance culture” that Nupur will shed light on next weekend. She will connect this to the gaze of the city which she, like so many humans that identify as female, experience as a deeply invasive multitude of eyes. Talking about the seduction and inevitability of complicity, she warns ominously, “the gaze is the gaze till you become part of the gaze”. Her piece boldly challenges the viewer with – “ask us how we are getting home tonight.”

While we will join Nupur in navigating some of the darkness of the underbelly of city-ness, we will also be invited into her story of finding love in the city! The intercultural relationship context is one many cosmopolitan Bangaloreans are only too familiar with – the tumultuousness, the discriminatory aspects and even the tricky thrill of novel worlds meeting. We cannot wait to hear Nupur performing the story of “the love of a man in a foreign city”, call it a “summer fling or a transient affair”, this candid girl will soon talk to us about the deep comfort of “knowing, that in this crazy-ass, wild city I found someone who is … sort of mine!”.

Nupur is inspired, humbled and in many ways emboldened by the works and presence of women like Singaporean spoken-word artist Deborah Emmanuel and her own stage partner Kate Black-Regan who she says finds the most healing and constructive ways to manifest her lived experiences as art.
These “fucking bomb ass ladies” are a huge part of what keeps Nupur whole as she habitually and sometimes voluntarily fragments herself in the effort of navigating the urban space that requires us to ” act a certain way, behave, dress, talk and exist in a certain way to find us acceptable!”.
Nupur’s work exposes deep insecurities caused by “the valley of uncertainty and unpredictability”, that cities often are. Her voice drops as she recounts coming into contact with the darker aspects of city living and then, there is a sudden private moment of internal deconstruction – the “little- girl” mischief returns to her voice and just like she has, countless times before, she manages to reignite the flame with the inspiring possibility of sharing the space with the other wonderful artists of the Shoonya ticket and with the privilege of being able to a give a part of herself to those of you who will witness.

Join us to experience these artists as they do both, battle and thrive in the light and the dark of the the city.