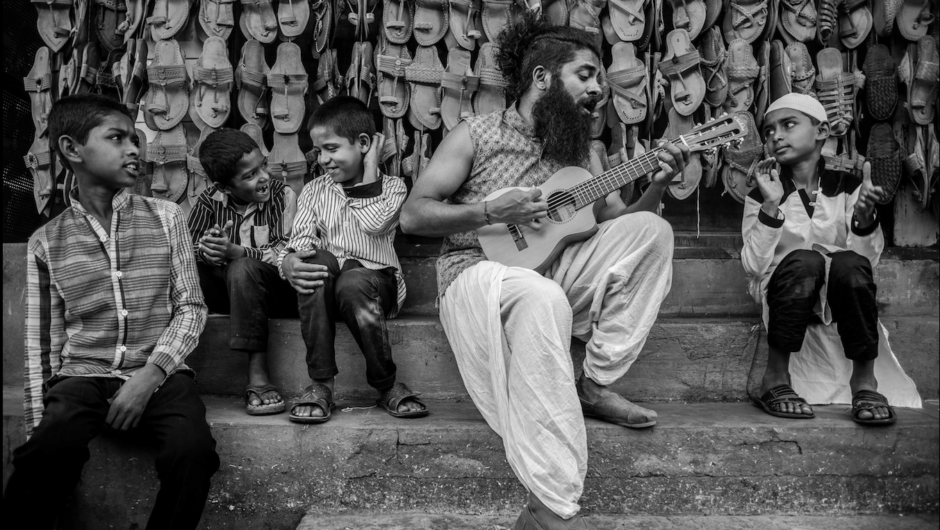 For one so young, Vasu Dixit’s nostalgia for the small town, the village and the rural Karnataka landscape can only be explained as the phenomenon of an old soul in a young body! The open- throated voice of this singer, composer, musician and film maker (yes – all one person) often sounds like a cry and a celebration at the same time.

Vasu admits, “When people ask me, where I’m from, my heart always says – I’m from Mysore”, then his mind chimes in reminding him that Bangalore is where he lives, earns his bread and has his family and friends.
His beloved Mysuru is where he draws his cultural inspiration from, where he goes for peace and is the site for that essential ingredient to art making – “blankness”. Mysuru is Vasu’s muse in many ways and he recalls with a deep fondness his childhood summers spent in Yelawala, a small town outside Mysore where his mother was the postmistress – the hot summers spent in the vegetable garden with the children and smell of gobar gas are deeply etched in his memory. 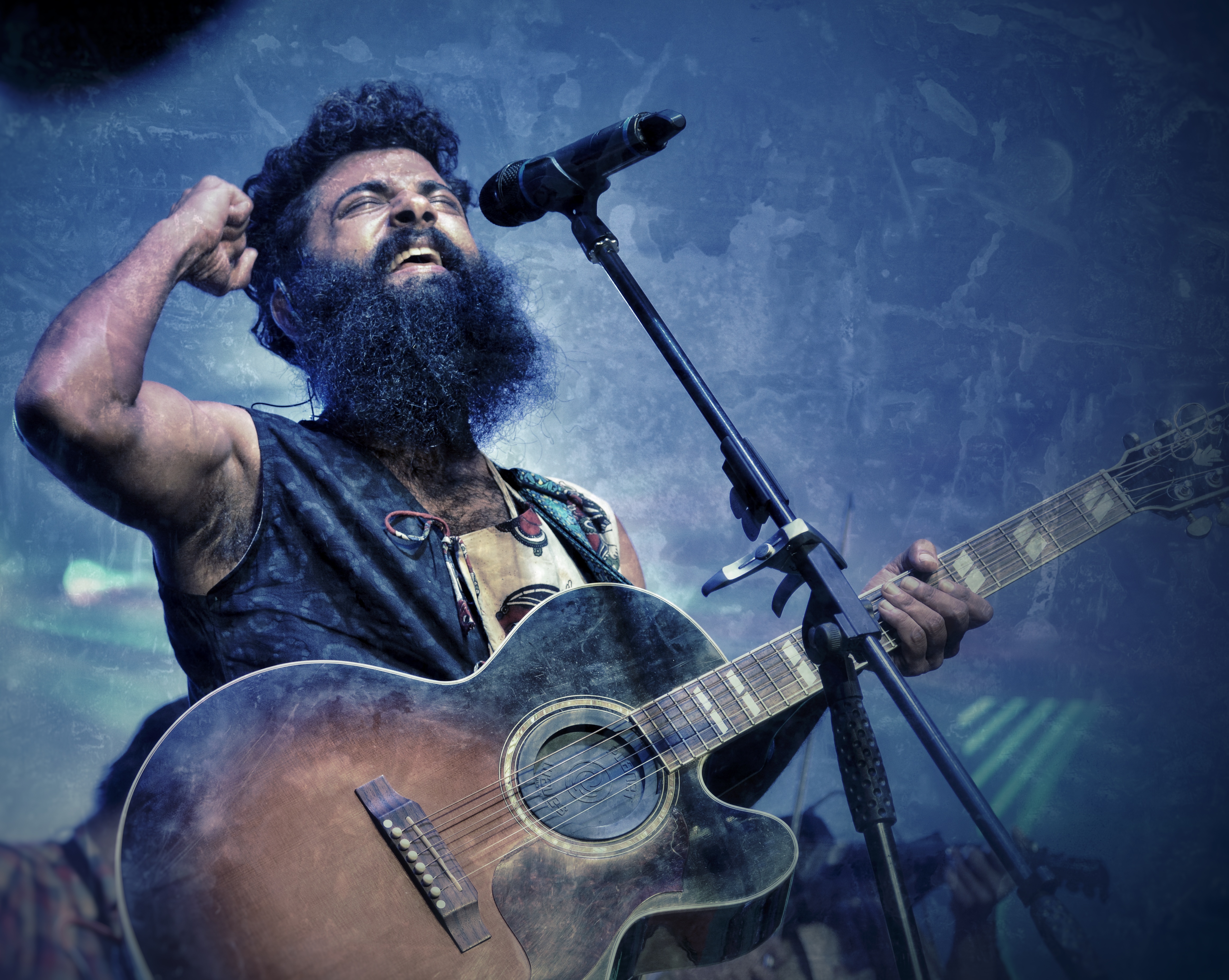 Vasu will be presenting a set of songs on the 26th, 27th and 28th of this month at the Shoonya Ticket. Some of these are previously written like “Duur Kinara”, “Pyaasi” and “Mysuru” which ironically, was triggered when Vasu returned to Bangalore after twelve years to find irredeemable changes. As he so poetically puts it, in “Ellhogli”, a song about changing Bangalore – “filter coffee has changed into cappuccino and play grounds have become malls.” The song “Mysuru” appeals to Mysore to not change like its neighbour has.

This is often a tool Vasu uses – the invocation of the anima or spirit in a place, object or a site thus recognising the consciousness in all things that inspire him. Another one of his popular numbers, “Patte saarey” that he performs with his very well-loved band Swarathma is about a front-yard where they once played cricket and which has now become someone else’s property. The front-yard asks, “Where were you, when I was being auctioned ?”
The evening will have a mix of Vasu’s hard hitting songs but also some of his fun and celebratory songs.
Despite the pain and nostalgia of letting go of the old Bangalore, this multifaceted artist’s message and appeal are essentially hope-based. His belief as an artist and an urban human is that “people have to come together”. Overtime, this separation from each other and a sense of non-belonging is what has come to define Bangalore. It has always been a place that welcomes people from everywhere, but what is missing today, is people “owning” it. Here he draws a parallel with his first love Mysore where, “people come forward and say – this is my place, I have to keep it clean”.
Of course, for artists this is not a time for gloom but a call to action. Vasu Dixit’s function as an artist is to bring people together irrespective of language boundaries and other seemingly separate identities.
“Come together and everything can be resolved- traffic, pollution, population, water issues…”. It is not just about “government schemes and steel flyovers” he stoically declares.

Both as a solo artist and as part of Swarathma, this artist is constantly our there being an activist too. He has journeyed from the place of his heart (Mysuru) to the bastion of his mind, and career in order to reach more of us and spread the message of being one tribe, further. Come witness him appeal to Bangaloreans to journey from their minds to their hearts and be one collective.
An ode to the spirit of many humans, to the spirit of gathering – to the spirit of the city.