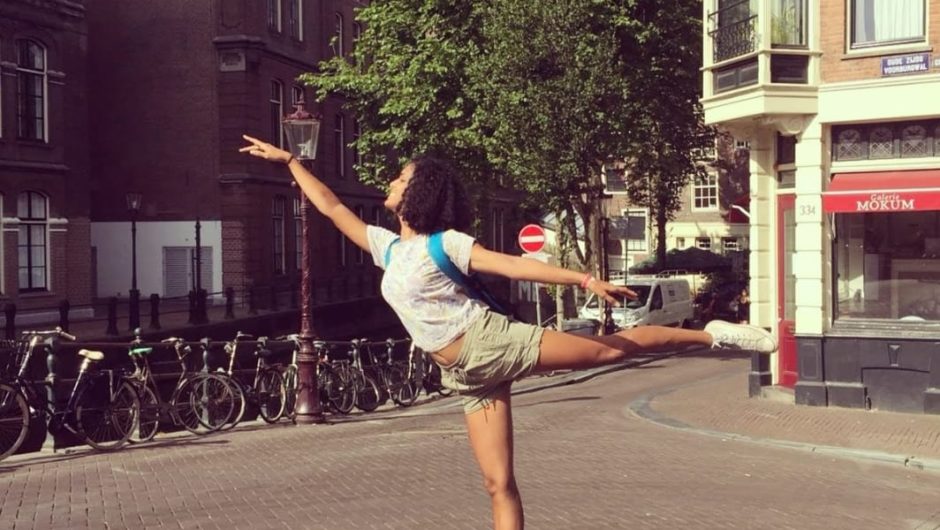 In case you’re wondering what in the world ‘Pants Becoming Kites’ means, or where it came from, you aren’t alone. When contemporary dancers and choreographers Dayita Nereyeth and Ellen Oliver first began working on this piece, they used various tools—one of these was to eavesdrop on conversations by random urban humans at bus stops, streets and other public spaces!

Ellen once heard someone say, ‘My clothes become kites’ and this line caught her imagination. She was interested in the humour, the quirky little mundane mechanics, and the repeated and predictable routes of the daily commute to work. There is nothing profound about a bus route…is there? Or in doing the same thing every day?! Except that maybe there is. As two students (they were in college when they began working on this piece in 2014), they observed the ‘whimsy’ in the moods and manifestations of their surroundings.

Dayita, who will perform the piece at The Shoonya Ticket on the 26th, 27th, and 28th of this month, has journeyed with the piece from Amherst (a small college town in America) to Bangalore, and Ellen has worked with her long-distance, from Boston. Of course, Bangalore and Boston clearly do not speak to the same kind of experience, demographic, landscape, or stimuli! Even so, being city folk, can we say that there is some kind of essential city-ness in these urban strongholds? 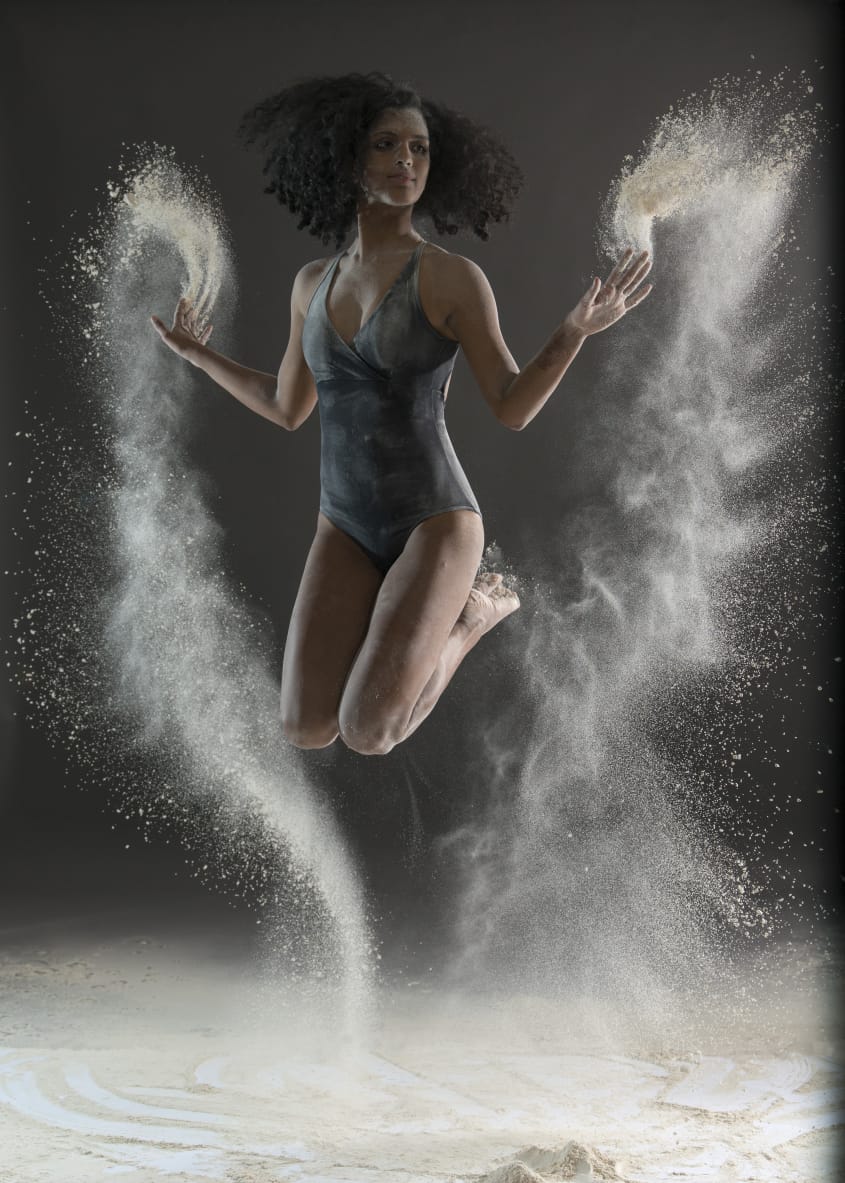 Dayita certainly seems to think so. She admits to always having been ‘a big-city person’, who experienced a drastic change in her energy levels when she moved to small town USA for college. Originally a Bangalore girl, one of her favourite cities is that epitome of cities, New York, where she spent her post-student years. ‘The city informs who I am, and how I perform and collaborate’, she says. So, in a way, the energy of the city has been Dayita’s muse and source of nourishment.

The performance you will witness at The Shoonya Ticket was originally a duet. It became a solo for logistical reasons, the main one being that the two artists were working in and from different countries. So, Dayita and Ellen did what all independent artists do; they improvised using technology and… one other very sophisticated tool—balloons! They worked on the piece via Skype and premiered the new version in 2017. Dayita has since performed the work in Bangalore and Goa, and Ellen has performed it in Plymouth, Providence, and NYC.

As curators of this event, we are excited to have a young woman presenting, whose narrative isn’t necessarily one of ‘the big bad city’ and its dangers. Instead her perspective seems to be touched by a kind of light-hearted objectivity. Come experience Dayita doing what is so essential to her: keeping it short and sweet; being a tiny bit flippant, punctuated with easy profundity; and bringing in an understated sort of ‘existential’ humour.

Dayita can next be seen in Veena Basavarajaiah’s, The Chakra Project, and in Shoonya’s own festival, The Platform, in September. Do come watch her perform this succinct and beautiful solo, Pants Becoming Kites, along with three other powerful artists and diverse acts at The Shoonya Ticket.

how to squint at the sun from a studio floor