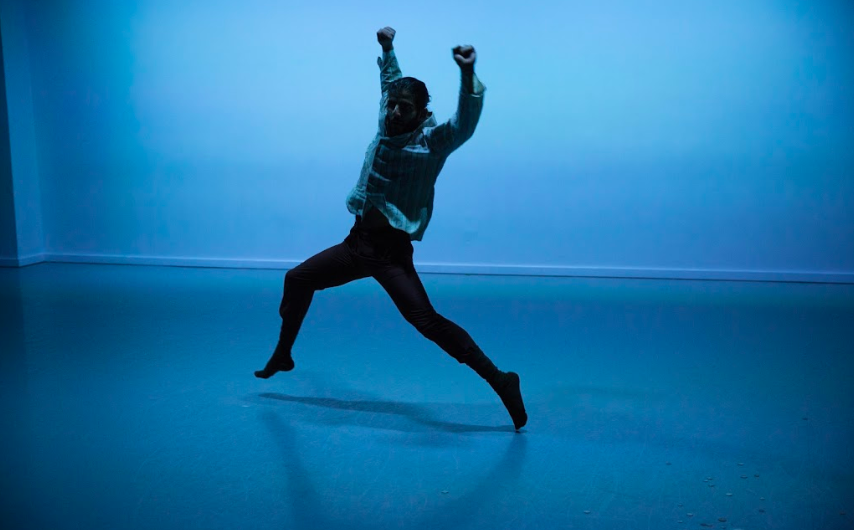 What is so exciting about the artistic process is that no two performance-makers ever have the same identical journey. Allow me to offer you a tiny glimpse into one such unique trajectory.

When the boy from Bard College, in upstate New York, returned to Bangalore, he didn’t quite know he would be staying, and making his new work Sketches here. It was meant to premier in February in Brooklyn, but this plan was redirected because Ainesh needed to return and be present in Bangalore for a family related emergency. As he so insightfully puts it, “I’m learning from the piece now, after having put a lot of energy into it, I’m learning how receiving in itself is also hard… sometimes just listening is enough.”

Ainesh will be presenting his duet at The Shoonya Ticket this weekend. We are keenly awaiting this performance by him and his dancer Paridhi Bihani. Perhaps, he was meant to be here, now, to develop this work – “Since I’ve returned to Bangalore, I’ve found a lot more love in my life,” he shares.

A piece of work and an artist’s life experience are often intertwined in ways that are beyond the grasp of even the artist themselves. Though still very much in the thick of the process with Sketches, Ainesh can sense that he needed to “find more than just my private existence.”

The work is in fact inspired in many ways by the practice of making sketches. Turning his explorations on love inward, this movement artist, who is multifaceted and also draws from diverse artistic practices as you will discover, created a series of drawings which became succinct little dance vignettes on love. His dancing body, very much comes with artists’ hands and a whimsical and philosophical personality. “Ideas” tend to overtake him and here he took the abstract state of love and looked at it through the lenses of tranquility, bliss and joy among other states. “How is love a series of masks?” he wonders. How does it manifest inter-relationally as with family or friends. How do we sense it in the context of our relationship with the universe. He grapples with the real, functional and lived aspect of it, asking – “What does love mean, as a part of life itself?”

Before this exploration, Ainesh created a series of four solos based on identity and his relationship with India, the country he had left and then returned to. He spent two years in Singapore on a science scholarship where he parallely studied theater and then in America where he balanced his study of economics with his immersion in modern and post modern dance training, ballet, composition and choreography. 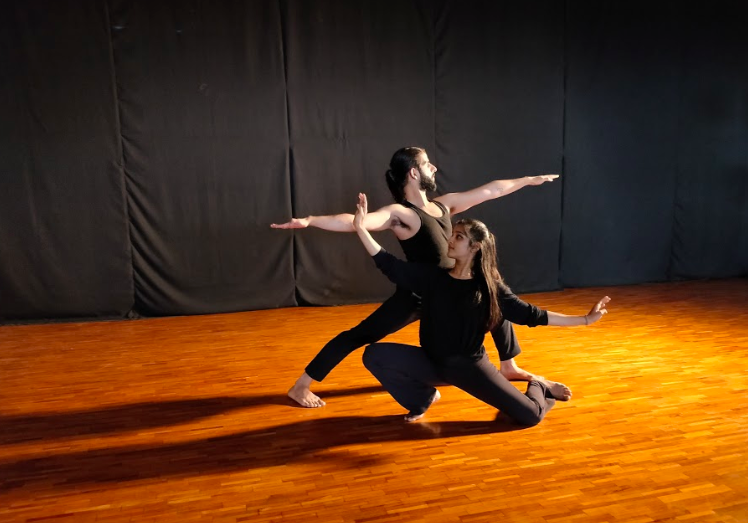 His journey has remarkably shifted from the days of Bollywood dancing in the living room or training at the Shiamak Davar Institute for Performing Arts. Whilst in college Ainesh became deeply invested in somatic practices that place emphasis on inwardly sensing the physical self, the fundamentals of anatomy and in the spiritual aspect of his being.

New York wasn’t always about the studio and intense artistic practice however, the complex Visa attainment processes and the depression that came with the daunting demands of surviving and still trying to make meaningful work in the city were indeed challenging, sometimes debilitating and altogether, “another kind of learning.”

A look at this young artist with his soft voice and deep set eyes, gives away perhaps more than he knows. Ainesh seems to work his way through large life processes like locating the self within a global identity (earlier) and the need for companionship (now), through his work. His other work Phantasies for instance helped him deal with some of the heaviness of depression and brought about an embodied tryst with the state of joy.

All we can really do as art makers is to open ourselves to authentically experience the life forces we encounter, and sometimes seek. In this seeking is a recklessness and a seemingly paradoxical courage. They are however, from the same source, and when the two cohabitate, the artist may, if destiny collaborates, find at least the beginning of what will be an eternal and yet fleeting transformation. Fortunately for us, Ainesh through a series of events, found his way back to India and will be sharing this work in a few days at The Shoonya Ticket along with three other acts by Deepak Kurki Shivaswamy (contemporary dance), Mad Orange Fireworks (rock music) and Akshiti Roychowdhury (Odissi).

From the philosophical and embodied search for love and its meaning, Ainesh seems to have arrived at another state – gratefulness. He is intensely thankful to Katie Skinner (his original dancer), Najm Haq (writer of the text in the piece), Paridhi Bihani (his current duet partner), Dayita Nereyeth (rehearsal director and outside eye), Bharavi (light design), Bard Residency (original home of the work), Brooklyn Arts Exchange, LOKA/Vishwakiran Nambi and Shoonya – Centre for Art and Somatic Practices. He acknowledges his family’s part in “keeping myself together and getting through life.” And is deeply and poignantly aware that “a lot of people’s love is going into making this happen.”

We at Shoonya urge, implore and invite you, people of our city, to come and experience these dedicated and intensely honest human beings throw open their hearts, bodies and beings so you can take a deeper look at their journeys and perhaps resonate at the level only live performance allows. So come on over Bangalore and watch some live performance this weekend.

Ainesh is currently unpacking what German philosopher Friedrich Nietzsche may have hinted at when he said, “We love life, not because we are used to living but because we are used to loving.” What better way to delve into a philosopher’s question than by dancing it both within and without to witnesses who are equally invested in that question. Come, immerse in love this weekend through the arts and the humans that practice it.

We hope to see you at The Shoonya Ticket, edition three, themed Love.